Hello – Hope all is well in your part of the world. My focus for this assignment was to discover what it actually would mean to be a ‘Climate Change Refugee’. My goal for accomplishing this was to try to find answers to some of the sub-questions, as well as uncovering any other data that could be relevant to defining such a person or group. As far as the document itself, I do not have a background in writing this type of paper, so I’m not sure it will meet all the academic criteria. What it will be is a summary of my own feelings based on what I have learned. I will provide a reference section at the end, and try my best to give credit to stated facts, but I’m quite sure I’ll miss noting some facts, as to me, they are just part of what I already know.

So who am I? I am 65 years of age, retired, living in the United States. I call home a small (pop. 3200+) town in New Jersey, where I have spent most of my life. I love reading and tend to gather a lot of bits and pieces of information, especially on subjects like politics, the sciences and human behaviour. I take Coursera courses to fill the time between golf tee times and to have something to do during the long days of winter. I find it is fun trying to learn new things in an environment where you are tested, but don’t have the pressure to ‘pass’. This paper is one of those fun challenges.

Where to begin. I went on a Google search binge-reading many articles hoping to supplement what I already felt I knew with what professionals were saying about the topic. I even went old school and used the resources of my local county library (where I also work part-time).

I was pretty sure that I would find some disturbing facts, and I did, but what my search did confirm was that the past 9 weeks lectures were just the tip of the iceberg – no pun intended. We, that is the human race, are in big trouble. Unless there are some major changes in how we perceive our fellow man and the earth’s resources, we will most likely descend into a world made up of the haves and have-nots. It won’t be pretty getting there.

So what is a ‘Climate Change Refugee’? My first step was to make sure I understood what the word ‘refugee’ meant. Webster’s Dictionary defined it as: “one that flees; a person who flees to a foreign country or power to escape danger or persecution”. Hmmm, that didn’t sound much like a climate change refugee. I then looked to see what Amnesty International said: “A refugee is a person who has fled from their own country due to human rights abuses they have suffered there because of who they are or what they believe in, and whose own government cannot or will not protect them. As a result, they have been forced to seek international protection.” Wikipedia said pretty much the same thing. Again, didn’t seem like a match.

So what did I think? I agreed with the fleeing part, but not the reasons or the where to. So I dug a little deeper into climate change material. Some, like William Nordhaus (The Climate Casino; 2013) seemed to think people displaced by climate change shouldn’t be called refugees; he thought the correct term was ‘immigrant’. Others thought it was the right word, but that the definition needed to be updated to include population movement caused by climate conditions. Thus I came to the conclusion that there was no consensus within the professional community on how people displaced by climate change should be categorized. This presents a major problem, for if there is no definition, how can those impacted have legal rights? So I think this debate will continue: however, as the issue becomes more pronounced those displaced will grow in number and answers will be required.

And what about the refugees – how will they see themselves? In her book (Climate Change, Forced Migration and International Law; 2012), Jane McAdams interviewed people to find out their feelings about being a refugee. Her summary was that most despised the word, that in fact in some languages there was not even a word it. There was a sense among many of those interviewed that ‘refugee’ implied a failure, the inability to provide for one’s family. It was a slam against their pride as a people. There also seemed to be an undercurrent sense of victimization – I did not cause the waters to rise, I did not cause the land to die – why am I the one who has to move or change my lifestyle? I think that as more and more people become impacted by climate change the feeling of ‘being the victim’ will become the prevailing feeling of most refugees. This, in turn, will only cause more strife.

Another thing about refugees is that there will be stages. The first stage will be brought about by increases in weather-related events. In the past few decades, there have been many people displaced due to the increase in severe weather. Take Katrina. Here was a hurricane that proved many of our adaptive methods did not work as expected. The result, many people were forced to relocate permanently to other locations, a place like Texas and Oklahoma which had dramatically different cultures. While some of these people were able to in time return, many wound up leaving behind all they owned, the people they knew and the culture they grew up with. And what about Japan? The results of a storm there destroyed a nuclear plant, contaminating the land, forcing people to leave all behind, never to be recovered. Then there’s Haiti. Hundreds of thousands homeless, no shelter, no food, no infrastructure, still trying to claw back to a sustainable way of life. There are the Pacific Islands which have implemented working adaptive solutions, but for how long? If the sea level rises as predicted, their islands are gone and the people may have to give up a way of life to which they can never return. Think about war. When you think of climate change, do you think of war? You should. Today we hear about refugees fleeing Syria due to idealistic conflicts among internal factions, but is that truly what brought the war about? Some believe (a discussion with Brad Palmer with Francesco Femia and Caitlin Werrell co-founders of the Center for Climate and Security, washingtonpost.com, Sept 10 2013) that the real cause was a prolonged drought that brought rural populations into urban areas. This created shortages in food, other resources and created waves of unemployment. As the problems escalated the beliefs of the different sects helped to placed blame, rather than created an atmosphere of cooperation. It is felt that this inability to cooperate, compounded by the lack of resources, were some of the key catalysts for this war.

This brings us to next stage. In the instances where severe weather was a single event, most of those displaced remained within the confines of their parent country. That is, their government or government partners, assisted in the relocation and compensation to those displaced. But what about the raising sea level in the Pacific Island’s, or the prolonged drought in Syria. These people are forced, or will be forced, to leave their own boundaries, relying on others for their well being. This is where we fail, both now, and without a doubt, more so in the future.

Think about it. More and more populations being impacted by climate change means more and more resources are being used: more land, more food, and more shelter, just to name a few. Can we really believe that our ‘neighbors’ will lend a hand? In the Middle East? In Africa? In Asia? Places where your neighbor may has different religious beliefs, different methods of government, different costs of living, different employment needs, different skin color?

There will be some successes. In the Pacific Islands the neighboring countries are keenly aware of their plight, and are already showing a willingness to work with those impacted. Here there will be an impact on the refugee population, but there will be a helping hand that is sympathetic to their needs, both physical and cultural. But over all, there will be no common response once internal boundary are broken. Can we really expect the countries like the United States, Russia or China to open up their doors? They may work with those impacted to provide technical or temporary solutions, especially in cases where they benefit. But in general, not so much! Today the United States cannot cope with those trying to enter the country from Central American countries – people who willing provide labor for job functions that most American’s would never to seek. How would this country react to a request to house, support and provide jobs for millions of people from Bangladesh? I’d say not very well.

So where do we go from here? We learned during this course that there is no global mandated agreement on how to deal with climate change, nor does a global government exist to force those with space and resources to take refugees (you may think the UN, but that is just a paper lion with no teeth). Charitable and religious organizations may try to intervene, but while they may be able to provide comfort, it doesn’t appear that they will have the resources needed to provide shelter, food, nor the continuation of one’s culture or heritage.

Personally, I think the future for climate change refugees is bleak. Unlike political refugees who flee persecution and are welcomed by those with similar beliefs, climate change refugees will be fleeing from environmental, economic and social changes that will be affecting all those around them. Also entering the equation is our migration to an entrenched global economy. These multinational companies may not currently write the rules, but they are growing at such a rapid pace that who’s to say that in the near future they won’t? Think about it, as people are displaced and environments are changed, these entities will be looking for ways to exploit and profit. Who better to step in with solutions on managing people and resources? Who else can governments turn to? Who knows, maybe the impact of climate change will lead us away from our current systems of governments and religions. But in all seriousness, does it really matter what group is in charge? Man has not cooperated with his neighbors since leaving the cave. So unfortunately, I fear our future holds for us more wars, more inequality and more everyday hardships.

I’d like to end with one final note: The predicted increase in sea level is expected to reach crisis point between the years 2050-2100. The human population for the same time period is expected to increase to around 9 billion. As Yoda would say: ” May the force be with us”, because we are definitely going to need it! 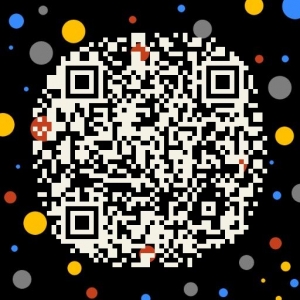